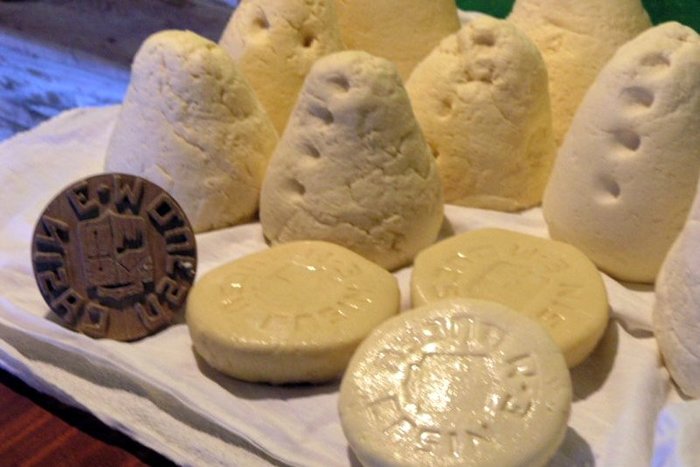 It’s an Asturian cheese whose name is covered by a protected designation of origin.

Casín cheese is made with raw fat-rich whole milk, from the native Asturian species of cow known as casina cows.

Casín is known to be one of the oldest cheeses in Spain, or even in the world, as there is record of them from the XIV century. It also has a peculiar way of making (the curd has to be kneaded several times, and preferably once a week), which some experts link directly to the Neolitic and the first townsmen of the Iberian Peninsula. Its antiquity and arduous craftsmanship make it a cheese with great character.