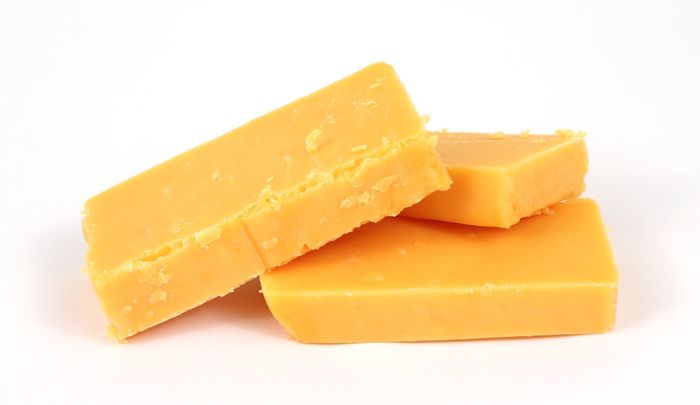 Cheddar is a pale cheese with sour taste, originally produced in the British village of Cheddar, in Somerset.

This kind of cheese is produced in the United Kingdom, Ireland, Canada, the United States, South Africa, New Zealand, Australia (where it is also known as Tasty cheese), Sweden and Spain.

Its flavour becomes more intense as the curing time goes on. Labelling the packages according to the degree of ripening: from soft to strong / “sharp” / “aged” / “dry”. It is made with pasteurized cow milk.